I have no idea how long this sale will last, so grab it while you can!

The Second Chinese Revolution has just been published in ebook, paperback and hardcover!
China’s President faces many problems. Some, like conflict at the Indian border and in the South China Sea he created for himself. Others, like pending disasters at the Three Gorges Dam and China’s oldest nuclear plant, just happened.
But the biggest threat to Communist rule is revolutionaries with Internet access through American satellites. Access that lets them spread propaganda, organize free of government surveillance, and launch cyberattacks.
Four deniable Russian agents will travel to America to stop that threat, in return for a Chinese promise to purchase Russian oil and gas. The Chinese military will also be called on to help solve all these problems.
But if the military succeeds, will they stop there? Or will the Second Chinese Revolution end with the generals in charge?

Here’s the complete Publishers Weekly review of my latest book, The End of Russia’s War in Ukraine:

Halstead’s impressive fourth Russian Agents thriller (after The End of America’s War in Afghanistan) avoids the shopworn conventions of the genre.

In 1994, Russian Senior Sgt. Pofistal Arbakov, while dismantling an SS-24 nuclear missile in Ukraine, removes two of its 10 warheads, replaces them with dummies, and hides the real ones in a storage locker.

Halstead, a retired Foreign Service officer, keeps their actions and motivations believable while delivering insights into the present conflict between Russia and Ukraine.

Fans of character-driven spy novels will be rewarded.

I am very pleased to announce that all four books in the Russian Agents series are now available in hardcover!
I would also like to thank my readers for their support and overwhelmingly positive response to the series.

I am writing the next book in the series now, and will have more to share about it soon.

In response to many reader requests, I’m pleased to announce publication of The Russian Agents Box Set. It includes The Second Korean War (2018), The Saudi-Iranian War (2019), The End of America’s War in Afghanistan (2020), and The End of Russia’s War in Ukraine (2020), and is available at this link: https://www.amazon.com/dp/B08LB3YQ8W
The price is currently discounted by over half off the price of buying each book individually.
In particular, I’m glad this will make it easier for those who have enjoyed the books to give them to family and friends.

They say not to judge a book by its cover but I need you to do just that. If you liked the cover of my book, The End of Russia’s War in Ukraine, please vote for it for the Cover of the Month contest on AllAuthor.com!

I’ve already made it into the final stage of the “Cover of the Month” contest on AllAuthor. To win, though, I’ll need as much support as possible from you guys. Please take a short moment to vote for my book cover by clicking on it here: 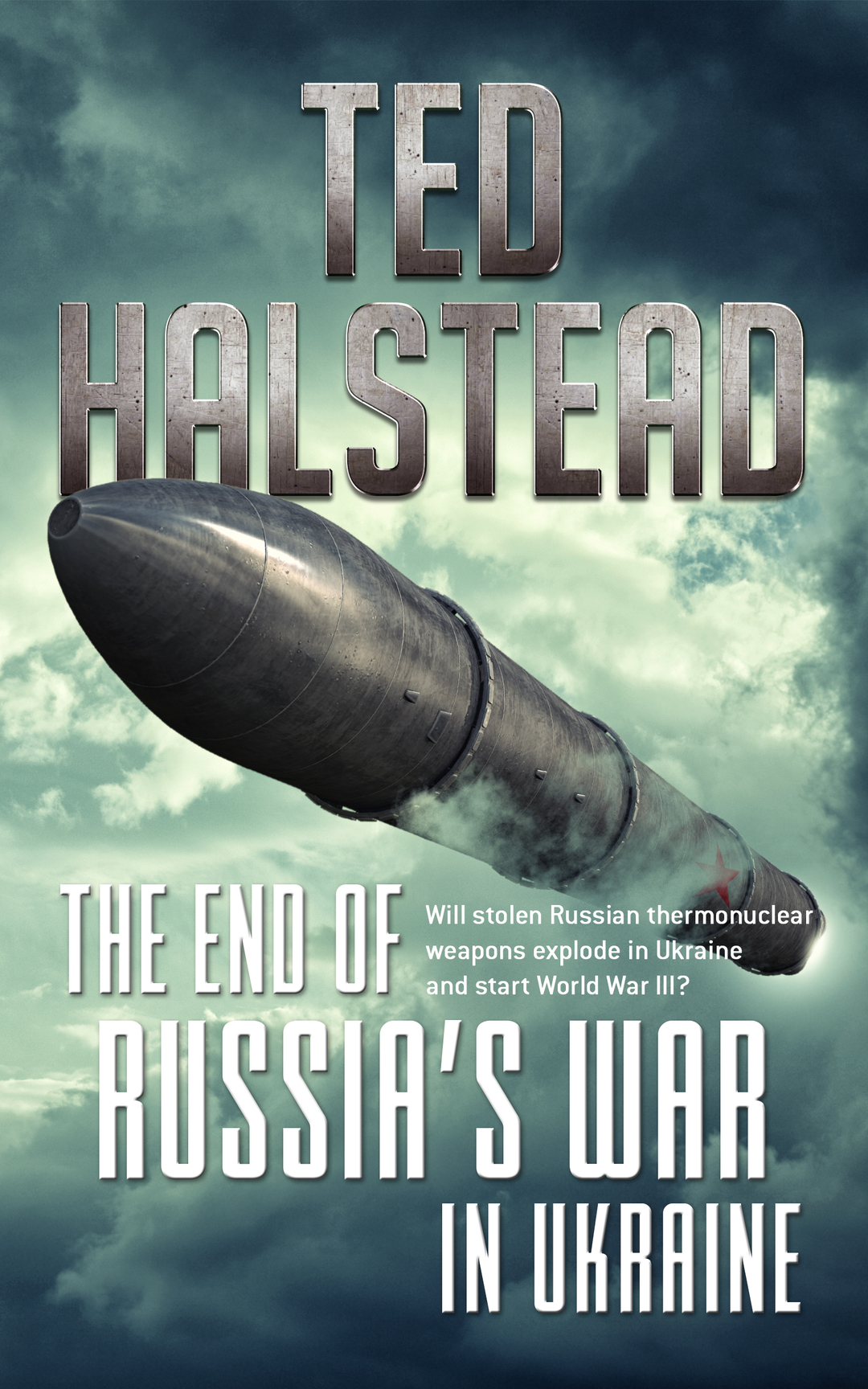 One result of the coronavirus lockdown was that I found myself alone in the house with a really terrible boss.  He kept asking why I wasn’t doing research and writing, since I couldn’t go anywhere.

That boss was me.  Or more precisely, the nagging voice in my head that just wouldn’t shut up.

So, though I’d expected this book to take about a year to finish, it’s actually going to be ready in a little over half that time.  Just click on the cover to get to the preorder page:

Amazon has selected The Saudi-Iranian War for a June Kindle Monthly Deal in the U.S. and Canada (down to 99 cents) and in India (69 rupees).

Plus, of course, all three books in the Russian Agents series are free to read anytime with Kindle Unlimited.

I hope everyone will take advantage of this great opportunity!

Thomas Block, an Audible Approved Producer, gained that status in 2017 after Audible reviewed the more than one hundred books and stories he had produced in audio format.  I was very fortunate to have him as producer and narrator for The End of America’s War in Afghanistan.

As I write this, most of us in the US as well as many other countries are still subject to shelter in place orders.  I hope this audiobook will help take your mind off our current situation, at least for a while!

I’d also like to take this opportunity to thank readers for their very kind feedback for The End of America’s War in Afghanistan, both on Amazon and on Goodreads.

My next book is tentatively titled The End of Russia’s War in Ukraine.  Here’s a first look at what (I think) will be the book’s first scene.  I’m going to do a couple of chapters setting the story’s background, and then just like my last three books the rest will be set in the near future:

Private Pofistal Arbakov gaped as he looked up at the SS-24 on the launch pad.  Over twenty-three meters tall, the missile looked like it was straining to be released from the pad and into space.

Yes, Pofistal thought to himself with awe, nobody could attack his beloved country without knowing a devastating response would follow.

“Hey, Kosta, who’s the new guy?” a nearby Sergeant asked.

Arbakov groaned inwardly, but said nothing.  He’d had to live with jokes about his name during his entire short life.  Pofistal was short for “Pobeditel fashisma Iosif Stalin,” or “Josef Stalin, defeater of fascism.”

What made it much worse was that his father had named him Pofistal over a decade after Stalin’s death.

His father hadn’t just stopped with the name.  Throughout Arbakov’s life until he’d enlisted in the Soviet Strategic Rocket Forces, he’d been told Party first, Country next.

It went without saying that Arbakov and every other individual Soviet citizen came dead last.

Yet, somehow, Arbakov had never been bitter.  Instead, he’d accepted everything his father said, even after Mikhail Gorbachev came to power in 1985.

“Pofistal, huh?” Bannik said thoughtfully.  “So, have we got a true believer on our hands?”

Estrin’s grin widened.  “Well, he’s only been here a short time.  But so far, all signs point to yes.”

Bannik shrugged, and looked Arbakov over.  “Well, at least he has the good sense to keep his mouth shut when the sergeants are talking.  That’s more than I can say for most of these new privates.”

Estrin nodded.  “True enough.  Oh, did I mention that Private Arbakov didn’t wait for his draft notice, and volunteered instead?”

Estrin laughed, and said, “I’m not sure it ever has, at least while I’ve been in the Service.”

“Well,” Bannik said, “I think you’ve just solved my problem.  I was going to ask if you had a Private who could help me move the rest of the test warheads back to storage.  I guess I’ve found him.”

Estrin looked at Arbakov and asked, “So, Private Arbakov, willing to volunteer for some extra duty with Sergeant Bannik here?”

Turning to Sergeant Bannik, Arbakov said, “I will be back in a moment wearing my anti-radiation gear.  Shall I bring a set for you as well, Comrade Sergeant?”

Estrin looked like he was fighting hard not to laugh, while Bannik was both frowning and puzzled.

Both Estrin and Bannik could see that none of these reactions made any sense to Arbakov.

Bannik slowly said, “Private, you were told that these were test warheads.  What makes you think we need anti-radiation gear?”

Arbakov replied immediately.  “Sir, one of the key aspects of a nuclear missile test must be whether the electronics that control navigation and detonation continue to function in spite of the radioactivity emitted by the nuclear payload.  So, test warheads would have to be exactly as radioactive as a real payload.”

Bannik’s frown deepened.  “Must be,” he repeated.  “Did you learn this in your training?”

Now Estrin had to laugh.  “No, Private, you’re not wrong.  You’ve just spoiled Sergeant Bannik’s little joke.  You were supposed to go with him to the test warheads, and then be sent running all the way back to collect the anti-radiation gear that you were too dumb to know you needed.”

Arbakov’s reaction was the last one either Sergeant expected.  He said, “Yes, sir.  That would have made sure I’d never forget that test warheads are radioactive.”

Bannik then slowly walked around Arbakov, shaking his head.  Tall, sandy hair, blue eyes, clean shaven.  Or, maybe too young to need a shave.  He looked like an absolutely typical Private.

Finally, Bannik turned to Estrin and asked, “What do you think, Kosta?  Was he grown in a lab?”

Estrin laughed and replied, “I think we have to face the possibility that somehow a Private has been assigned to us with an IQ in triple digits, and at least some common sense.  After all, future Sergeants have to come from somewhere.”

Bannik grunted.  “So, Private, do you think you’ll be with us long enough to become a Sergeant some day?”

Staring straight ahead, Arbakov said, “Sir, I plan to be in the Service as long as I can be of use to the Soviet Union.”

Arbakov saluted and moved off at a brisk pace to carry out the order.

Once he was gone, Bannik turned to Estrin.

“Do you really think he’ll make Sergeant?” he asked Estrin.

Estrin shrugged.  “Arbakov is the first Private I’ve met who I think I could end up having to salute someday.”